Just another English lesson. As ever. United Kingdom.The British Empire. The power and strength of a nation. Rule Britannia. Brexit. Cultural and national identities, discussions about our own perception of living in diverse and multicultural societies.
Who are we?
Are we proud to be German?
“Defending multiculturalism is to defend liberty”, the author claims.
What do you think?
There has been a full range of different opinions, discussions – and then, she reads out her text. Silence and recognition, mutual respect.
This is her voice we want to share because she’s one of us: Leonie Anlauf.
Just another English lesson.

“To defend multiculturalism is to defend liberty.”

– a discussion on the topic of multiculturalism

Monday morning. You are heading somewhere. Work. School. The coffee shop next door. On your way, you might be taking the bus, train or go by foot. In any scenario, you are passing by people. Who are you seeing?

Most people would probably answer “All different kinds of people”. That’s simply because all those people cannot be put down to one specific word, other than “humans”, “people”. They all look different. They are of different ages. They have different stories. You hear different languages when you hear them talking. That is multiculturalism. We live in a multicultural society. And whenever there are changes, some people are upset, others are excited. When it goes from cold to warm weather, there are people that hate the warmth and people that froze all winter and are now looking forward to sunny days and ice cream. When it goes from once one nation to a society with mixed cultures and people, there are some that are afraid of these changes and some that are fighting to defend the new circumstances. That makes it interesting to take a more elaborated look onto statements like the following: “To defend multiculturalism is to defend liberty.” In this text, I will discuss this specific statement by taking into consideration different arguments and point of views.

The question that is hiding behind the discussion of this statement is actually this one: “Is multiculturalism to be defended?”

Some might say “No”. These are the people that look at the struggles of a multicultural society. An often stated argument is that immigration is not always needed or doesn’t bring the country any advantages, just like prosperity. It is said that with our values nowadays countries’ governments don’t take a look at who they let in. It would be rather about not being seen as racist than about what was good for the country. This would then end up in a situation in which we have no space for that many people and not enough working places. Then immigrants would start doing work that people that have been there before would also have been able to do. It seems unnecessary.

When already talking about being seen as racist, this concept of thinking can quickly lead to real racism. Phrases, such as “They are taking our home and work” develop and suddenly we see a segregation within society. There are not many cultures united, but the “Originals” and the “Strangers”. As soon as racism gets strong enough, immigrants are attacked or as well just people that look “different”. Looking “different” then can lead to problems in your everyday life. Unfortunately, it is not a rare occurrence that young teens or adults whose parents immigrated struggle with their identity and don’t know where they truly fit in. On the one hand, they have the culture of their parents that is not completely theirs because they grew up in a different country than the country with the culture’s origin, but on the other hand, they face discrimination and never truly feel as if they fit in their actual home country.

But then, there are the “Yes”-people. Those who look at the chances. Those who I identify with. First of all, you need to say that multiculturalism is liberty. Everyone should have the chance of living a better life in another country – and to choose what that country is. The state still has the power to let you in or not to let you in, but once you’re there, you should be free to do whatever is legal. Furthermore, I think that this multicultural society is something we cannot destroy again. Or remove. It is the development of a long history and it led us to today. We live in this multicultural society, so why looking at the struggles when there is nothing to change about the circumstances?

– Don’t get me wrong. I don’t want us to forget about the struggles, put them aside and act as if the world was happy and full of sunshine, but not darkness. But I think the chances are greater than the struggles. I have things to say against ultimate statements like “Multiculturalism has failed”. This feels like giving up and it is not a statement to be made. Time is moving on. I would take it as far as saying that only multiculturalism can help us fight racism. We need the interaction and the exchange of different cultures to get closer together. Only together we can fight this big problem. By listening to each other and working together to find solutions. There will probably always be racist people, but we need to raise awareness and make those racist people count less. We need to work together to achieve that goal and we need to use the chances of multiculturalism. 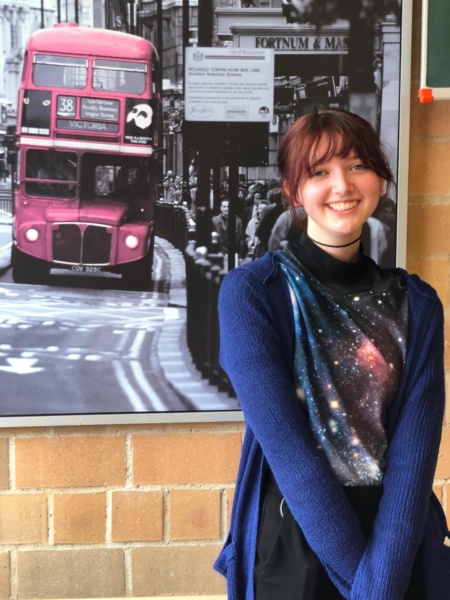